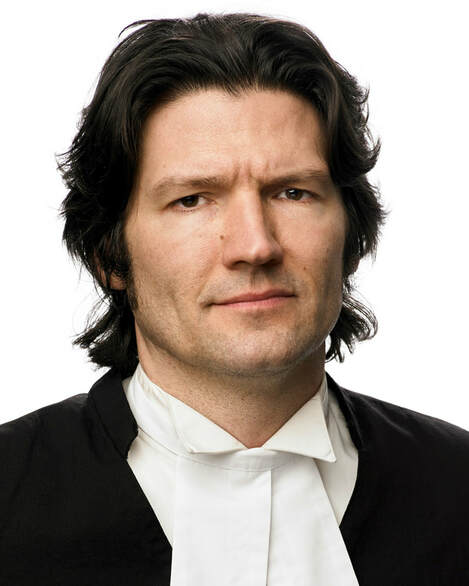 Partner
Year of Call to the Bar of British Columbia: 2008
Law School: University of Ottawa

Mr. Watt has been practicing criminal law at McCullough Watt for over a decade.  Mr. Watt became a Partner in the firm in 2011 given the outstanding results he achieved in his first four years with the firm. Along with Mr. McCullough, Mr. Watt leads the firm's criminal law practice.  From 2008 through to 2018 he has successfully defended, and had his clients acquitted, in both the Supreme and Provincial Courts of British Columbia of serious charges including Attempted Murder, Robbery, Sexual Assault, Sexual Assault Causing Bodily Harm, Assault Causing Bodily Harm, Unlawful Confinement, Abduction, Possession for the Purpose of Trafficking, and Weapons offences. In a murder trial in Kamloops Supreme Court, Mr. Watt's client was found not criminally responsible by reason of mental disorder on the Murder charge. In another Second Degree Murder Trial in 2014 in New Westminster, Mr. Watt had the Murder charges reduced to Manslaughter.  In 2016 Mr. Watt had Second Degree Murder charges reduced to Manslaughter in a high profile Kelowna case.  In November 2017 after weeks of a hearing into the admissibility of evidence in a Mr. Big case, Mr. Watt had Second Degree Murder charges reduced to Manslaughter.

Mr. Watt recognizes that each client has different needs, whether they be bail, an adjournment, a vigorous defence, or getting the best possible sentence. As a result, he pours himself completely into each case.

Mr. Watt continues to take cases throughout British Columbia, and there is no place he will not go to serve his clients.

Mr. Watt is an intense competitor both in and out of the courtroom. A former Western Hockey League goaltender, he is driven and tenacious in his efforts to achieve the best results for his clients. Mr. Watt continues to push himself as a fitness enthusiast, biking, swimming and running.  Mr. Watt’s background has honed his ability to focus and commit the energy and hard work required to succeed in the courtroom. He relishes the challenges each new case presents and fully commits himself to the cases he conducts. He welcomes the opportunity to discuss your case and the options available to you.

*The facts of each case vary and results are based upon those facts.
CONTACT US